The Testarossa is a two-door coupé that premiered at the 1984 Paris Auto Show. All versions of the Testarossa were available with a rear-mounted, five-speed manual transmission. The rear mid-engine design (engine between the axles but behind the cabin) keeps the centre of gravity in the middle of the car, which increases stability and improves the car’s cornering ability, and thus results in a standing weight distribution of 40% front: 60% rear. The original Testarossa was re-engineered for the 1992 model year and was introduced as the 512 TR (TR meaning TestaRossa), at the Los Angeles Auto Show, effectively as a completely new car,[2] and an improved weight distribution of 41% front, 59% rear. 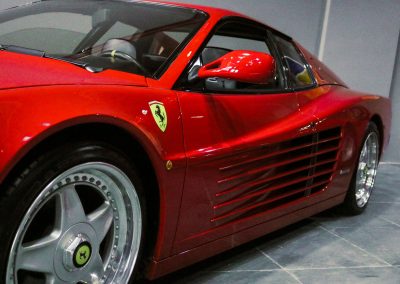 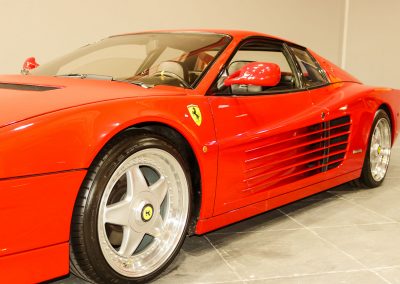